On 14th June DGCOS attended the latest PIGS networking event in London. This was held at a new venue at The Warwick in Soho, in a private function room downstairs.

Attending these events is part of our ongoing strategy to network and engage with key industry leaders and trade bodies. In conjunction with this strategy, DGCOS has now become a PIGS sponsor.

As always it was a great evening of networking, which included updating attendees about DGCOS’s latest business development activity.

A reminder as to what is PIGS? 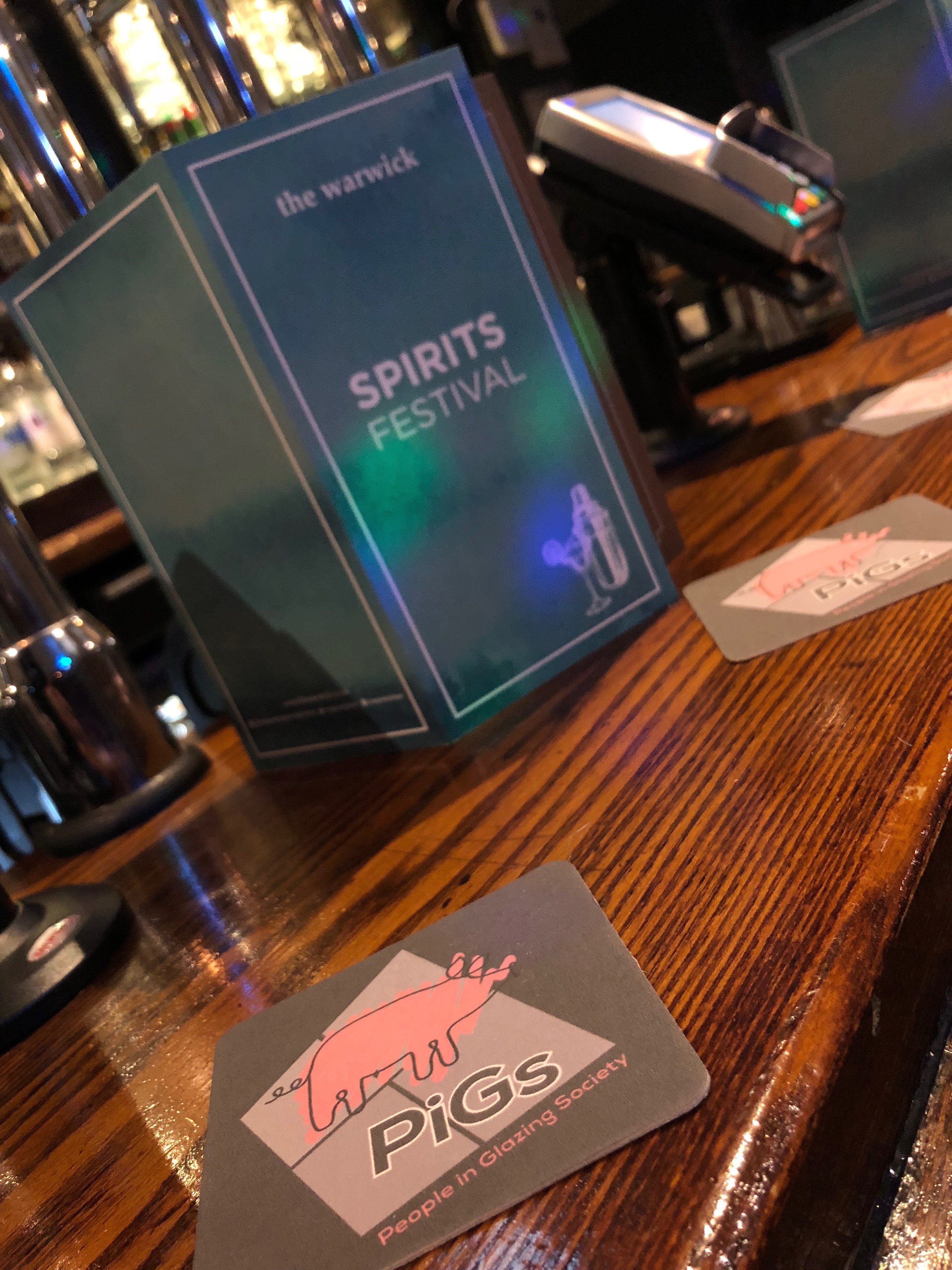 The “People in Glazing Society” (PIGS), is a long-running and popular networking group which was originally set up in 2004. Initially started for the press and marketing professionals, it was soon clear that other people in the industry would benefit from the networking.

In 2014, Sarah Ball of Balls2Marketing took over as PIGS organiser and now organises four events a year in Manchester, London, Glasgow and Birmingham. PIGS does not make a profit and its existence relies solely on the fact that the industry supports it. Anyone in the glazing industry who registers for a free ticket can attend. There are around 35 sponsors per PIGS event, each putting £100 behind the bar, so the drinks are free until the bar kitty runs out! As DGCOS is now a sponsor of these events, when you come along you are having a drink on us!

Who attended for DGCOS at PIGS London?

Brian Smith (DGCOS Strategy Consultant) attended this London event as he lives not far away. He has attended several of the PIGS events over the past few years.

Brian spent most of the evening updating various industry professionals on DGCOS’s progress over the last few months and the upcoming significant activity on the business development side. DGCOS vision is to be the leading consumer protection scheme (endorsed by Nick Ross of course!) in the glazing industry.

Brian Smith commented: “It was great to meet up with existing contacts in the industry as well as make new ones, and update people on how DGCOS is progressing and recruiting more members. It has been interesting that people have been asking me why I am now working with DGCOS, to which I advise them it’s a great consumer protection scheme for an installer to be part of.” Brian continued: “I’m looking forward to the next PIGS events later in the year!”

Where and when is the next PIGS event?

The next PIGS evenings are in Glasgow (6th September) and Birmingham (8th November).

So, make a note of those dates, follow @PeopleInGlazing on Twitter and order your free tickets as soon as advised you can book them. Don’t miss the opportunity to attend and see you there!

Our staff had a great day team building yesterday and a lot of fun on the ice hockey pitch. A day out of the office… https://t.co/SsNR1U6U2U Via - Hootsuite Inc. - 1 Day, 9 Hours, 42 Minutes ago